Transferrence - the Quintessence of Capitalism 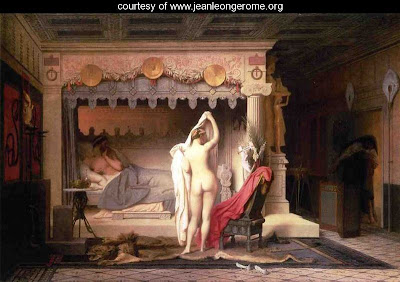 “It is not easy for us, who have used coinage for some twenty-five hundred years, to imagine the impression it made on the minds of those who first used it in their city-states. The introduction of money to Greece has few useful analogies. Tales of Gyges associate him with founding a tyranny in Lydia and with a power of being able to transform visibles into invisibles and invisibles into visibles. This power, as we shall see, is associated with new economic and political forms that shattered the previous world and its culture.”

Shell also points out that in Herodotus, the tale of Gyges goes like this. “Candaules [the King of Lydia] fell in love with his own wife, so much that he supposed her to be by far the fairest woman in the world; and being thus persuaded of this, he raved of her beauty (eidos) to Gyges". In this version of the story, Gyges is a noble at King Candaules’s court. Candaules is so proud of her beauty that he becomes convinced that someone other than himself must witness it – Gyges. He accuses Gyges of not believing him, and thus orders Gyges to spy on the queen, his wife, when she is dressing. Gyges doesn’t want to, for to spy on the naked queen would mean, in his opinion, taking property from the King – for the queen’s eidos – her figure, is the King’s property in the same way that the King’s figure on a coin marks the coin as the King’s property. Of course, in the latter case, the property is alienated and circulates – but at no point in the circulation does the coin change its stamp.

Gyges, in the event, is hidden by the King in the Queen’s chamber, and spies upon her nakedness. However, as Gyges does this and contrives to slip out of the chamber, unbeknownst to him, the Queen spots him. The next day she calls Gyges into her presence and gives him a choice. Either she will have him killed for spying on her, or he will kill the King and rule with her over Lydia. In one way or another, she will have her honor – her aidos – avenged.

The invisibility in this story is all a matter of human invention. It is the invisibility of the person who is hidden. The story is neatly sewn together as the invisible and the visible positions change places. That the Queen’s beauty is invisible to any male gaze except the King’s (we discount, in this story, the Queen’s serving women) is the motive that sets the intrigue in motion, for her beauty is, in a sense, both undervisible and overvisible – it exists as a second visibility. The King’s love is constrained by the fact that this second visibility cannot circulate. Gyges, as the voyeur, is indeed put into a position where he, invisibly, takes possession of that second visibility – but immediately, his position is reversed by the fact that, unbeknownst to him, he is seen by the Queen when he leaves his spot. The voyeur is, in turn, spied upon. A trope we find, incidentally, in Sartre's Being and Nothingness. And finally, of course, the two come together in a plot to overthrow the King. Here, they become conspirators in a secret – a relative of the invisible and the hidden.

“That the queen could see Gyges in the bedroom indicates that she possessed not only a power to make things invisible but also a corresponding power (as invisible spy) to make visible to herself things that were invisible to other people. Ptolemaeus Chennus writes that the eyes of "the wife of [Clandaules. . . had double pupils, and she was extremely sharp sighted, being the possessor of the dragon-stone. This is how she came to see Gyges as he passed through the door.” The dragonstone has an opposite effect from the magic ring. In one case the talisman makes people invisible; in the other case, it makes people visible: taken together, their power makes things visible or invisible. This is the power of Platonic Gyges. It is also the power of the archetypal tyrant.”

Shell, going back to the notion that the King possesses a property in the appearance of the wife, alludes to the Greek distinction between two forms of transaction.

“ousia phanera is property whose transfer was seen by others, and ousia aphanēs is property whose transfer was not seen. (In a visible transfer, the buyer and seller might exchange a symbolic deposit not as part of the purchase price but as a visible sign of their agreement.) The second meaning of the opposition involves money: ousia phanera is a nonmonetary commodity (such as land or "real" estate) and ousia aphanēs is money (such as a coin).”

The phrase qui pro quo, or quiproquo (from medieval Latin: literally qui instead of quo), is common in languages such as Italian, Portuguese, Spanish and French, where it means a misunderstanding.
Posted by Thersites at 5:50 AM