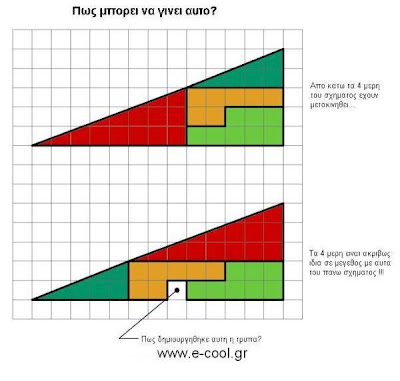 ...or jumping to the wrong conclusions. Why appearances are often deceiving.

No mortal man, son of Polypaus, ever deceived a stranger or suppliant unbeknown to the Gods.

Another Day in the Life of a Paranoiac Critical Man

Men are not in the habit of dwelling upon the dark side of their own lives: they do not easily see themselves as others see them. They are very kind and very blind to their own faults; the rhetoric of self-love is always pleading with them on their own behalf. Adopting a similar figure of speech, Socrates would have them use rhetoric, not in defence but in accusation of themselves. As they are guided by feeling rather than by reason, to their feelings the appeal must be made. They must speak to themselves; they must argue with themselves; they must paint in eloquent words the character of their own evil deeds. To any suffering which they have deserved, they must persuade themselves to submit. Under the figure there lurks a real thought, which, expressed in another form, admits of an easy application to ourselves. For do not we too accuse as well as excuse ourselves? And we call to our aid the rhetoric of prayer and preaching, which the mind silently employs while the struggle between the better and the worse is going on within us. And sometimes we are too hard upon ourselves, because we want to restore the balance which self-love has overthrown or disturbed; and then again we may hear a voice as of a parent consoling us. In religious diaries a sort of drama is often enacted by the consciences of men 'accusing or else excusing them.' For all our life long we are talking with ourselves:—What is thought but speech? What is feeling but rhetoric? And if rhetoric is used on one side only we shall be always in danger of being deceived. And so the words of Socrates ("it is better to suffer than commit injustice"), which at first sounded paradoxical, come home to the experience of all of us.

'While rank corruption, mining all within,
Infects unseen.'
Posted by Thersites at 7:04 AM