Still More Desire from the Edge of Empire 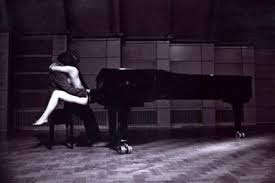 I had been seen in the shade, recumbent on cushioned Helicon,
The water dripping from Bellerophon's horse,
Alba, your kings, and the realm your folk
have constructed with such industry
Shall be yawned out on my lyre with such industry.
My little mouth shall gobble in such great fountains,
'Wherefrom father Ennius, sitting before I came, hath drunk.'
I had rehearsed the Curian brothers, and made remarks
on the Horatian javelin
(Near Q. H. Flaccus' book-stall).
'Of’ royal Aemilia, drawn on the memorial raft,
'Of’ the victorious delay of Fabius, and the left-handed
battle at Cannae,
Of lares fleeing the 'Roman seat' . . .
I had sung of all these
And of Hannibal,
and of Jove protected by geese.
And Phoebus looking upon me from the Castalian tree,
Said then 'You idiot! What are you doing with that water:
‘Who has ordered a book about heroes?
'You need, Propertius, not think
'About acquiring that sort of a reputation.
'Soft fields must be worn by small wheels,
'Your pamphlets will be thrown, thrown often into a chair
'Where a girl waits alone for her lover;
'Why wrench your page out of its course?
'No keel will sink with your genius
'Let another oar churn the water,
'Another wheel, the arena; mid-crowd is as bad as mid-sea.'
He had spoken, and pointed me a place with his plectrum:

bearing her offerings in their unhardened hands,
Such my cohort and setting. And she bound ivy to his thyrsos;
Fitted song to the strings;
Roses twined in her hands.
And one among them looked at me with face offended,
Calliope:
'Content ever to move with white swans!
'Nor will the noise of high horses lead you ever to battle;
Nor will the public criers ever have your name;
in their classic horns,
'Nor Mars shout you in the wood at Aeonium,
Nor where Rome ruins German riches,
'Nor where the Rhine flows with barbarous blood,
and flood carries wounded Suevi.
'Obviously crowned lovers at unknown doors,
'Night dogs, the marks of a drunken scurry,
'These are your images, and from you the sorcerizing of
shut-in young ladies,
'The wounding of austere men by chicane.'
Thus Mistress Calliope,
Dabbling her hands in the fount, thus she
Stiffened our face with the backwash of Philetas the Coan.

-Ezra Pound, "Homage To Sextus Propertius - II"
Posted by Thersites at 9:46 AM