Some, Plato said, go to the Olympics to compete. Some go to watch, and some to buy and sell. In his view, the noblest of the three are the onlookers, for they have chosen the purity of contemplation. 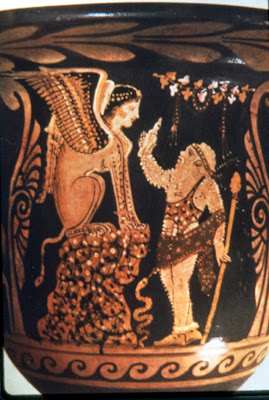 “You, most blessed and happiest among humans, may well consider those blessed and happiest who have departed this life before you, and thus you may consider it unlawful, indeed blasphemous, to speak anything ill or false of them, since they now have been transformed into a better and more refined nature."

This thought is indeed so old that the one who first uttered it is no longer known; it has been passed down to us from eternity, and hence doubtless it is true. Moreover, you know what is so often said and passes for a trite expression. What is that, he asked? He answered: It is best not to be born at all; and next to that, it is better to die than to live; and this is confirmed even by divine testimony. Pertinently to this they say that Midas, after hunting, asked his captive Silenus somewhat urgently, what was the most desirable thing among humankind. At first he could offer no response, and was obstinately silent. At length, when Midas would not stop plaguing him, he erupted with these words, though very unwillingly:

‘you, seed of an evil genius and precarious offspring of hard fortune, whose life is but for a day, why do you compel me to tell you those things of which it is better you should remain ignorant? For he lives with the least worry who knows not his misfortune; but for humans, the best for them is not to be born at all, not to partake of nature’s excellence; not to be is best, for both sexes. This should our choice, if choice we have; and the next to this is, when we are born, to die as soon as we can.’

It is plain therefore, that he declared the condition of the dead to be better than that of the living.